As it was the first meeting of the month it was our community day. Many members continued work on their quilts for community and some on little embroidery birds for a wagga.

At the first meeting of each month, I particularly enjoy wishing those members who have birthdays during that month, a very Happy Birthday.

Last week Grace visited three nursing homes in our local area to show them the sensory or fiddle mats we had made for the show. Grace said she had a most delightful morning meeting some of our older residents. There were many stories to tell. One of the residents has her sewing machine at the home and mends items for other members in the home.
Grace also told of one lady who constantly kept touching her face during her little talk. She asked if could she give her a fiddle mat. Immediately the lady began to feel and stroke the mat. She did not touch her face again.
I don't think we realise how important these small items can be.
Grace left 27 mats for the residents and will look elsewhere to distribute the remainders.

Grace gave us the final figures for the show. After deducting costs, we are able to give a substantial amount to each of our charities. Representatives from each charity will be given a cheque during our Birthday Party on September 27.
Iris has recommended that we continue to support these two charities in the future as an ongoing community effort.

We had almost 900 visitors come to our show.
Saturday was our busiest day this time. The kitchen ran out of scones, the white gloves ran out and we were generally run off our feet.
The mornings of the other days were busy with numbers dropping off during the afternoons.

I saw Kathy Doughty during the week. She greeted me with a lovely comment. She said she still had a very warm happy feeling from the show. She particularly mentioned the stitching lounge and how wonderful it was. It was a great place for our older quilters to sit and stitch and answer questions from the public and promote our community work. The wagga room looked particularly cosy and pretty this year too.

First I would like to thank the girls on the show committee. They have done an outstanding job for the last two shows and have been a pleasure to work with.
Our convenor, Meg, was perfect! I only regret that she won't be our convenor next time.
Committee members usually stay for two shows. As with all things, the second time around is easier as we learn so much the first time.

For the next show we will have an entirely new group of members who volunteer. Hence I will mention a few of the things that this committee recommends to improve in the future.

Thank you to all our members who purchased raffle tickets. This is always a big help raising funds. Our members raised almost half of our total amount, with the other half raised by our charities and visitors. So well done everybody!
As many of us buy the raffle tickets in our own names. it was suggested that we could add a note saying "redraw" next time if the quilt is not wanted.

Iris was pleased with the response from visitors asking how they heard about our show. It seems the majority heard about it from other quilting groups and quilt shops and very few from the banner on the freeway. As the banner needs replacing at some cost, it was discussed  that perhaps we did not need it.
There was a good response from social media. This was less than expected but is very necessary now in our digital age.
Generally it was very worthwhile.

We had many complimentary remarks about the hall layout this year. The lighting seemed better and the hall looked particularly attractive.
Lindy did ask that members keep to the quilt size stated on their entry form. Some of these changed which caused a headache with fitting everything together.
Every square inch is measured precisely to fit the quilts in. Also if your quilt is an irregular shape, we need to know so we have black material to hang as background.

Handing the cocktail food out this year for Opening Night worked particularly well. Thank you to Narelle's daughters and Meg's nieces. It was a pleasure to have them join us and help.
Kitchen staffing needs to be reviewed for next time and perhaps the Kitchen coordinator could make recommendations to enable a wider variety of food for Opening Night as well as hot food.

The layout this year for the stage sales worked very well. Suzie recommended we use the same layout next time.
More helpers were required for the stage. This was especially apparent on Sunday when Suzie was very short staffed.

All in all we had an amazing show so well done to you all!

Only a few show and tell this week which is lucky as the blog is quite "wordy" this time! 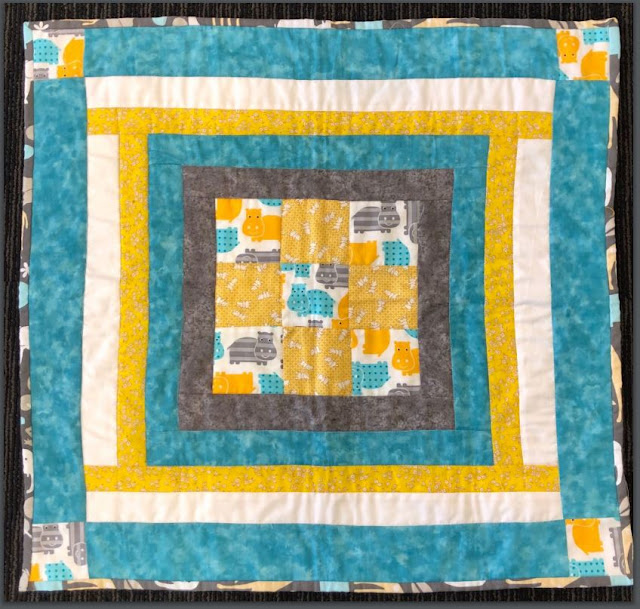 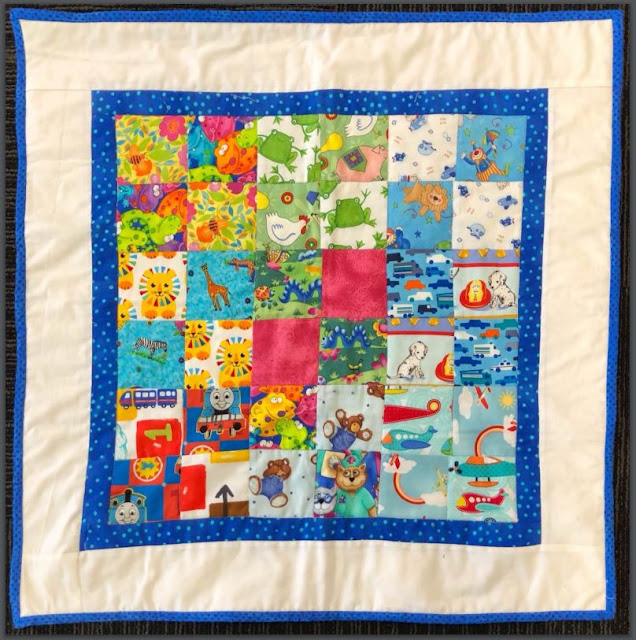 Above and below we have four baby quilts. The two above are from Moina and the two below are from June.
June and Moina are two of our older members. They both do exquisite fine work. It is always a pleasure see their quilts. 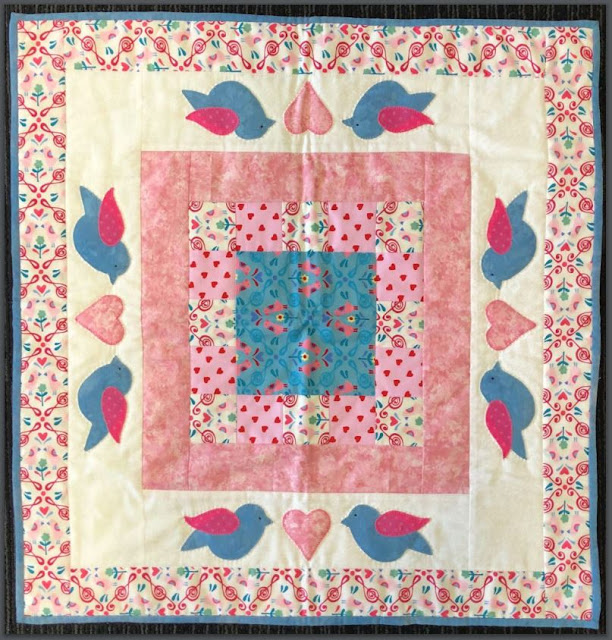 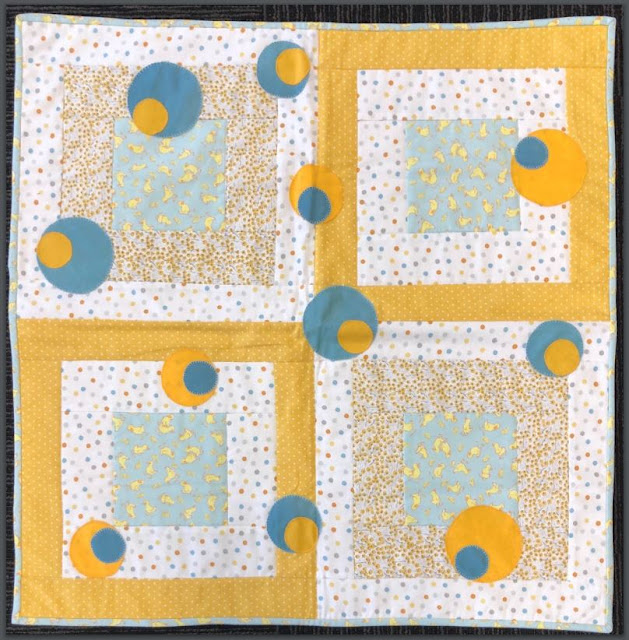