We decided to support two charities - both deserving and touch the hearts of all women: essentially, supporting girls and women in times of need:
Days for Girls -check out the amazing work that they do
Hornsby and Ku-ring-gai Women's Shelter -this is the support they give women in need

Continuing with our tradition, our show is a juried show. Judged, not by the 'quilt police', but by a judge who acknowledges 'what they like'. This year we were delighted to have local artist Robyn Ross.

In December, 2017 our quilters celebrated the completion and hanging of our raffle quilts 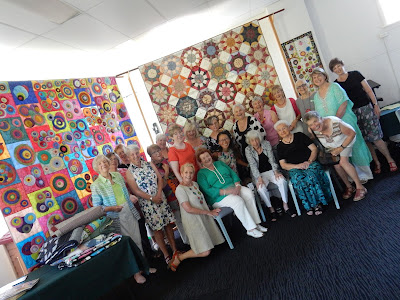 Going Round in Circles 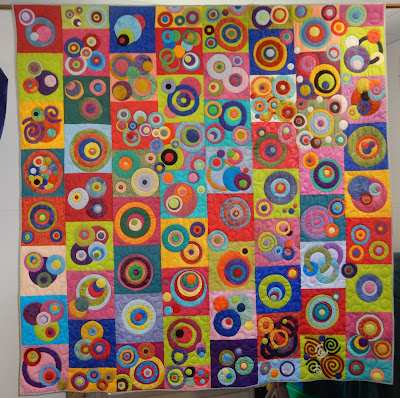 and our Traditional Quilt:

Castles in the Air 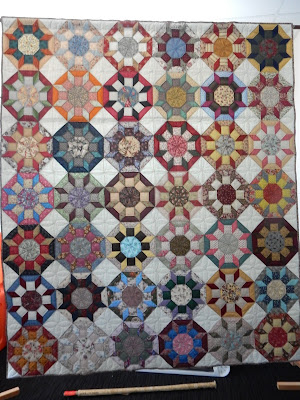 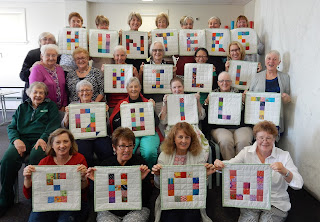 Click Here to see the quilt photographs from the 2016 Show


Throughout the show, visitors enjoyed the exhibited quilts made by members of the group, and an additional exhibition, showcasing baby quilts made for the Grace Centre for Newborn Care at Westmead Children’s Hospital.
As well as enjoying the quilt displays, visitors were able to buy original waggas, quilts and gifts, shop for their sewing needs from the Material Obsession shop and enjoy tea, coffee and local, homemade goodies.
The 'Alysoun Ryves Best of Show' award was presented to Karen Malone for her quilt: 'Welcome to the Labyrinth'. Karen also won the Hangers' prize. 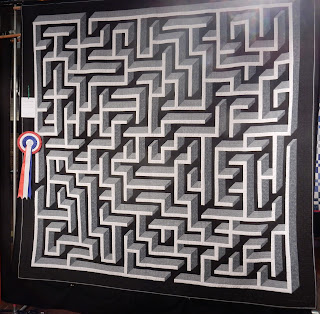 The Viewers' Choice and the Members' Choice Awards were unanimously won by Helena Fooij for her quilt, My MO BOM Journey. 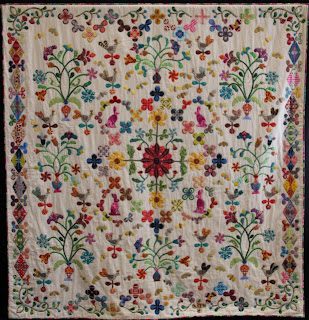 On the final afternoon of the show, Group President, Elva Salter, organised the drawing of the winning raffle tickets. The winners were Julie Quinn from Manly Vale who selected the contemporary design: Liquorice Allsorts 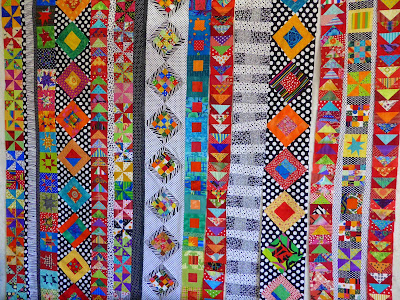 and Lisa James from Greenwich won the traditional design, Circles of the Past 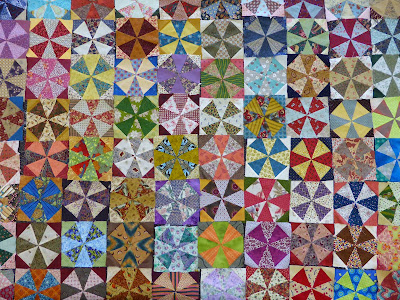 At the Group's 34th birthday celebrations in September, Quilt show coordinator, Meg Moodie, presented a large cheque to the Brain and Mind Centre at the University of Sydney, to continue the research work of Assoc. Professor Elizabeth Scott into youth mental health. On the same day, the little cot quilts were presented to caring staff at the Grace Centre for Newborns.

In the tradition of previous years, all the favourites were there:

As well, this year we also had a new and fun exhibition: Full Deck of Playing Cards. Yes, all 52 cards, plus 2 Jokers in miniature quilts.  Just a selection:

The winning two raffle tickets were drawn at 4pm on Sunday, the final day. Julia Birmingham from Berry choose Bush Bouquet and Louise Binney from Lindfield won Metropolis, the quilt she wanted to win..

The Show judge was Alex Herbert, chef and inspiration behind the restaurant `Bird, Cow, Fish’.
At the Opening Night Party on Thursday evening, 9th August, Alex announced her selection of ten winning quilts. Our congratulations go to all our winners:

Other Judge's Choice Awards went to:
Margaret Driscoll, Robyn James, Deborah Laurie, Karen Malone, Beryl Roche, Heather Watts and Jessica Wheelahan
In the tradition of the Archibald's Packing Room Prize, we had the Hunters Hill Quilters Hangers Prize: this was won by Jenny Stitt for her quilt 'Blackbird in the Dead of Night', voted for by the willing helpers who helped to set up and hang the quilts.

Two quilts were made by members to be raffled prior to and during the show:
Bernadette Davis from Haberfield won 'Tulip Obsession', and
Valda Mentjox from Mona Vale was delighted with to win 'Blue on Blue'

Show Proceeds:
The proceeds from this Show were donated to Giant Steps